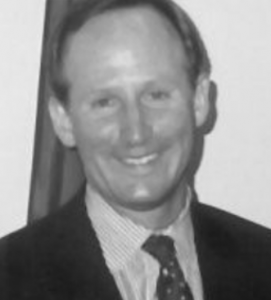 Mr. Miller was the Senior Director of the National Security Council from 1985-86, and Deputy Assistant to the President a year later. From 2006-09, he was CEO of the Thoroughbred Retirement Foundation. Mr. Miller also held multiple international assignments both in Washington and abroad, including Deputy Coordinator of the Office for Public Diplomacy in Latin America and the Caribbean at the Department of State, Special Assistant to the Deputy Administrator at the Agency for International Development, and Peace Corps Director in Botswana.

In 2004, he became president of Bluemont International, a company that advises companies on investments in emerging markets. In 2005, he founded Airborne Lifeline Foundation and has served as the firm’s president since its founding. ALF was the first regularly scheduled medical air service in Africa.

Most recently, Miller ran the entire Peace Corps program in Africa (2018-2021), where he oversaw 3,000 volunteers in 23 Africa countries.